Whiplash is a common condition that affects children, teens, and adults. When people think of whiplash, they may picture someone hunched over in agony as they battle severe neck pain. While it's true whiplash can cause debilitating discomfort in the neck, this medical problem is also associated with numerous other symptoms. Learn the basics about this condition, including when to seek whiplash treatment, in the handy guide below.

When your head is violently jerked back and forth, you may develop a neck injury known as whiplash. The injury, which is basically a strain or sprain, damages the soft tissue in your neck. This damaged soft tissue often swells, resulting in painful inflammation throughout your upper body. Patients with whiplash may also experience discomfort in the shoulders, arms, or back.

What Types of Accidents Can Cause Whiplash?

Whiplash often occurs after someone is hit from behind by another driver, also known as being rear-ended. When someone gets rear-ended, they are typically thrown forward by the impact, then quickly thrown in the opposite direction. This back-and-forth action can injure the delicate tissue found in the neck, resulting in whiplash.

Car accidents aren't the sole cause of whiplash, though. You can also develop whiplash from any of the following triggers:

Whiplash is also commonly found in patients who have concussions or other brain injuries. If the brain is thrown against the skull, it's likely that the neck may have endured some damage as well.

What Are Some Surprising Symptoms Associated With Whiplash?

Whiplash can cause pain and discomfort in the upper body, but symptoms don't always end there. For some patients, a neck injury such as whiplash can cause neurological or psychological symptoms, including:

As you can see, whiplash has the potential to affect far more than just the neck or upper body. That's because whiplash can damage your cervical region, which houses the nerves from the peripheral nervous system. The peripheral nervous system sends and receives information from the central nervous system, which is located in your brain and spinal cord. If the exchange of information is disrupted due to illness or an injury such as whiplash, your body may not function as well as it normally does. That's why it's essential to find a doctor who understands whiplash treatment should focus on the body as a whole rather than just the discomfort in your neck.

How Long Does Whiplash Treatment Take?

Some patients feel better in just a few days, while others require weeks or months of whiplash treatment. The majority of patients return to their regular routines within 3 months, though some have symptoms that last for years or even become permanent. You can help reduce the risk of developing long-lasting whiplash symptoms by seeking treatment immediately after an accident or injury that impacts your neck.

Some patients ignore whiplash symptoms because they think they'll go away. Other patients don't realize their symptoms stem from whiplash, especially if the symptoms are neurological or affect their mental health. That's why it's important to seek medical care any time you injure your neck, as you may need immediate care to prevent symptoms from worsening. If you've recently suffered a neck injury, reach out to a specialist who offers whiplash treatment so you can get the care you need.

Regular Visits to the Chiropractor

Regular Visits to the Chiropractor 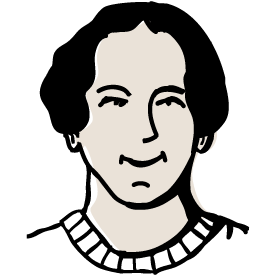 Hi, my name is James Landon. Thanks for stopping by my website; I hope I can provide you with some helpful information. I am a landscaper by trade. During winter months I moonlight as a handyman. My work involves some pretty intense physical labor that tends to be hard on my back, shoulders and neck. Just over five years ago I strained my back and was laid up for a few months. During that time, I sought out a chiropractor, something I’ve never done before. Since that time, my chiropractor has become a necessity in my life. I visit him for regular adjustments, and I firmly believe that is the reason I haven’t been hurt again. I’m going to share my chiropractic experiences in the hope that those that are frightened or skeptical will find some comfort in the fact that these treatments are beneficial.

Recovering From An Injury? How To Improve Your Physical Rehabilitation
5 April 2022

If you've been injured in an accident, and you nee …

The injuries that you experience as a result of a …

Whiplash is a common condition that affects childr …

Chiropractors are specialists who focus on spinal …

Getting chiropractic service improves so many part …